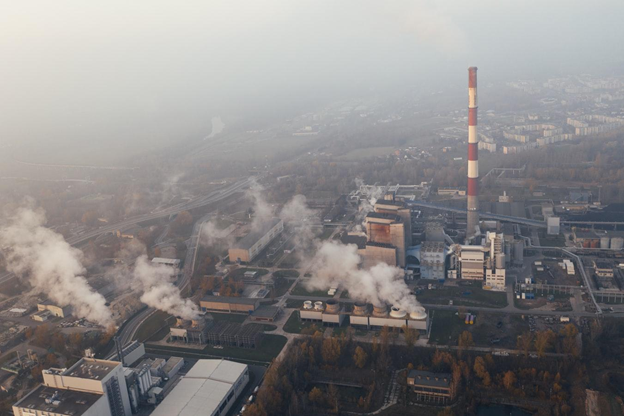 The processing of syngas and subsequent purification of hydrogen from renewable energy is becoming very desirable among many global operators.

Petroleum coke (petcoke) is a carbonaceous material that is produced as a by-product of the coking process in oil refineries. Lately, more companies are using gasification to create syngas, a synthesis gas, which contains hydrogen gas and carbon monoxide. This gaseous mixture undergoes combustion, after which it is processed for hydrogen generation. The low price of petcoke has attracted attention as many companies are considering it as a viable alternative for producing hydrogen.

Gasification is a thermochemical process used for converting carbon products, such as petroleum coke, coal, biomass, and others into molecules, mostly carbon monoxide and hydrogen. It differs from combustion where vast amounts of air are blown to burn the material, resulting in the production of carbon dioxide. The gasifier is the core component of gasification, a vessel where oxygen or air reacts with the feedstock at a high temperature. Gasification systems are known for reducing environmental footprint, compared to other combustion techniques.

There are hydrogen investment opportunities linked to many of the planned and existing mega-scale gasification projects and latest coal gasification technology.

Is Petcoke Gasification A Feasible Solution?

Petcoke gasification can allow for hydrogen concentrations to be analysed – be it by using NDIR or TDC analysers – and a greater level of quality control. This is a better alternative to the costlier resources for inefficient technologies, like the natural gas-fired combined cycles (NGCC). As power generation investments are comprised of long-term assets, it is important to conduct a thorough valuation of the fuel price gap.  There are many considerations, such as the following:

As explained before, syngas is made of a mixture of hydrogen and carbon monoxide. It may have to be passed through a cleanup process before the pre-combustion process. This way, nitrogen dioxide and sulfur dioxide are produced at a low cost during the post-combustion phase. As carbon dioxide is more concentrated, it is more convenient to separate it in the post-combustion phase. This is important for those plant owners who are considering building or investing in a CCS unit.

Also, keep in mind that employing petcoke gasification technology is flexible. Apart from hydrogen, it can be used for the production of chemicals, steam, and electricity. In this way, plant owners can gain greater efficiency and generate more revenue from the operation.

Prior to working with the valuation of input flexibility, one has to think about the scenario in which a single fuel can be utilised for feed material in plant. This can be crude oil or coal. This affordable fuel helps with the cheap generation of hydrogen.

In case the IGCC plant is built to operate with a single fuel, one can pick fuels that are less appropriate for plants where pulverised coal is burned. For example, the pulverised coal plants use coal with sulphur for complying with environmental restrictions. On the contrary, with petcoke gasification, you can have access to an affordable carbon. Due to the nature of gasification, the fuel type can impact operational and capital costs in the plant.

One of the major benefits of petcoke gasification is the lower fuel price required to create one megawatt-hour (MWh). Petcoke is known for enjoying noticeable superiority over natural gas in terms of efficiency. This gap has widened over the last few years.

Petcoke gasification also brings a unique flexibility to the table, which offers tremendous value. It allows for the adoption of the cheapest alternative at any given time. The process has to incur lower variable costs associated with fuel consumption. In particular, the fuel expenses required to produce one unit of electricity needs to be lower. On the other hand, the use of steam and gas turbines ensures that the plant is more efficient than a traditional coal-fired plant.

It is hard to estimate installation costs. Often, it is tied to the specific country where the plant has to be set up. Each country has different taxes, materials, capital, labour, support measures, and subsidies. Overall cost also depends on the change in prices of the commodities required in the construction, such as cement and steel.

You have to take transportation costs into account as well. This includes the costs it takes for delivering the fuel inputs. This influences the selection of the design fuel and the site for the gasification plant. For instance, areas near functional coal mines are suitable potential sites for a petcoke gasification plant.

Petcoke gasification is not an outdated technology; it will remain relevant in the future. But don’t think of gasification as a one-size-fits-all mechanism. The global use of gasification is increasing. Today, industrial gasification facilities are expanding by adding more gasifiers and enlarging the gasifier size. The expanding nature of the final products, such as hydrogen, is minimised by sharing essential equipment like the air separation unit and economies of scale. Still, a billion-dollar-plus price tag is associated with these large facilities. Hence, sometimes the upfront costs can be sky-high, even if the end products are high-quality. This dilemma is addressed by employing other nimble gasification facilities that can generate hydrogen.

In case you still have your doubts about hydrogen production technologies and solutions, or if you need specific commercial expertise on a subject area within energy, natural resources or infrastructure, contact Pangea Strategic Intelligence.

How Instagram Algorithms Work and How to Hack it to grow Your Followers?

Check out Primary Benefits of Air Compressor Maintenance and Inspection

Not just beautiful: how do the best cam models describe themselves?

WHY AND WHEN DO YOU NEED AN APOSTILLE?