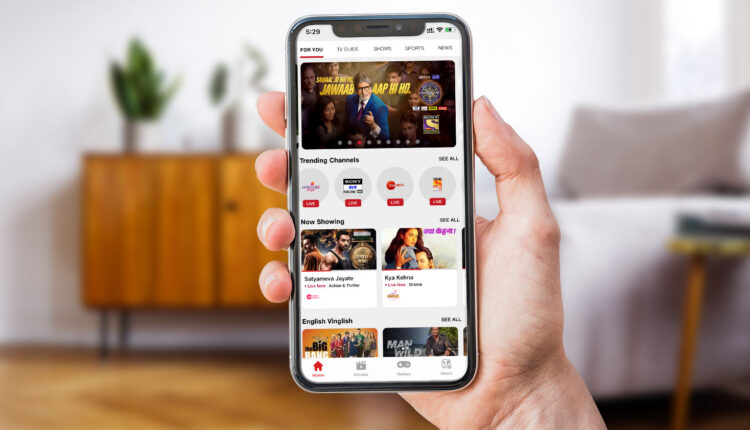 Jio recharge plans come with a wide range of additional benefits. From complimentary OTT subscriptions to unlimited access to some exclusive Jio apps, you get a lot of perks with certain Jio recharges. However, these benefits are only available when you do a Jio recharge with unlimited data and calling.

Here’s a list of some popular TV shows that you can watch with your next Jio recharge online:

Currently one of the most popular reality shows on TV, Bigg Boss 16 is telecast on Colors TV. However, now you can watch it LIVE on the Jio TV app. In fact, you can even catch up on episodes that you missed in the past week.

The new and updated version of Bade Achhe Lagte Hain aired on Sony TV has garnered a lot of awards, especially for its leads. If you want to see what the hype is all about, just open your Jio TV app.

Another ‘weekend-only’ show that steals one of the top spots on Indian Television is Colors TV’s Naagin 6. You can watch Tejasswi Prakash in her Naagin avatar, anytime, anywhere with your next Jio online recharge.

ZEE TV’s long-running show Kundali Bhagya continues to be a fan favourite. If you’re a fan of the show as well, catch LIVE episodes on Jio TV.

Back with a 13th season, Indian Idol streaming on Sony TV is a musical experience loved by one and all. And now you can watch it even if you’re away from home, all thanks to the Jio TV app.

One of Colors TV’s most popular daily soaps, Udaariyan continues to gain numbers despite the leap. If you’re missing out on the action during airtime, don’t worry, you can still catch up on the Jio TV app.

For as long as we can remember, Taarak Mehta Ka Ooltah Chashmah has been airing on Sony SAB. All thanks to the complimentary access to Jio TV, you can now watch all the episodes LIVE and even catch up on episodes from the past week.

After the immense success of Barrister Babu, its sequel Durga Aur Charu is now being telecast on Colors TV. If you were a fan of the first show, make sure to check out this one via your Jio TV app.

Kumkum Bhagya is probably one of the longest-running shows on ZEE TV. If you’re still glued to the drama on this show, Jio TV can help you with your daily binge.

Sony TV’s latest show, Katha Ankahee is an official Hindi remake of the Turkish series Binbir Gece, which literally translates to and is loosely based on “One Thousand and One Nights” better known as “Arabian Nights”. If you’re a fan of Turkish drama, you should definitely check out this Indian version of it on Jio TV.

How to Choose the Right Lifting Equipment